The steel pan evolved out of earlier musical practices of Trinidad’s African descendants.

Drumming was used as a form of communication among the enslaved Africans and was subsequently outlawed by the British colonial government in 1883.

While many instruments have experienced some degree of evolution in recent years, the steel pan has the distinction of being the only instrument to be truly ‘invented’ in the 20th century.

The first instruments developed in the evolution of steel pan were Tamboo Bamboo, tunable sticks made of bamboo wood. These were hit onto the ground with other sticks in order to produce sound. Tamboo Bamboo bands also included percussion using biscuit tins, oil drums, and bottle-and-spoon.

By the mid-1930s metal percussion was being used in the Tamboo Bamboo bands, the first probably being either the automobile brake hub ‘iron’ or the biscuit drum ‘boom’. The former replaced the bottle-and-spoon, and then later the ‘bass’ bamboo that was pounded on the ground.

By the late 1930s the occasional all-steel bands were seen at Carnival and by 1940 it had become the preferred Carnival accompaniment of young underprivileged men. The 55-gallon oil drum was used to make lead steel pans from around 1947.

The Steel Pan instrument first appeared on British TV in 1950, when Trinidadian Boscoe Holder and his Caribbean Dancers performed with a steel band on his own television show, Bal Creole, broadcast in June 1950 on BBC Television.

With the exposure of the instrument so widely broadcast the previous year, The Trinidad All Steel Percussion Orchestra (TASPO) were invited to play in the summer of 1951 on the Southbank in London as part of the ‘Festival of Britain’.

This was the first time the British public came into direct contact with the instrument. It was hard to comprehend how a 55 gallon oil drum could make musical sound let alone be used to play melodies of songs and the public literally looked under the steel pans to check the sound was actually coming from the instrument.

The Trinidad All Steel Percussion Orchestra (TASPO), formed to attend the Festival of Britain in June 1951, was the first steel band whose instruments were all recycled from oil drums, and the first time steel pan music was heard in Britain. The festival, held to mark the centenary of the Great Exhibition of 1851, took place at the newly built South Bank Centre in London.

The musical director and conductor was Lieutenant Joseph Griffith from Barbados, a member of the Trinidad Police Band and director of music for the government of St Lucia. TASPO toured London, Manchester and Leeds followed by a performance in Paris before returning to Trinidad. In the years to follow most became pioneers for the steel pan instrument and it’s music.

in 1992 the steel pan became the national instrument of Trinidad and Tobago acknowledging the progress made at home and abroad. The steel band is now much more than just entertainment for a Caribbean themed party. It is an orchestra of hundreds playing any style of music from traditional classical to dynamic and original compositions, it is also an experimental ensemble working with other instruments to create new work.

Mary Genis talks about the history of Steel Pan music in the UK for the 2020 Windrush celebrations archived at Reading Museum. 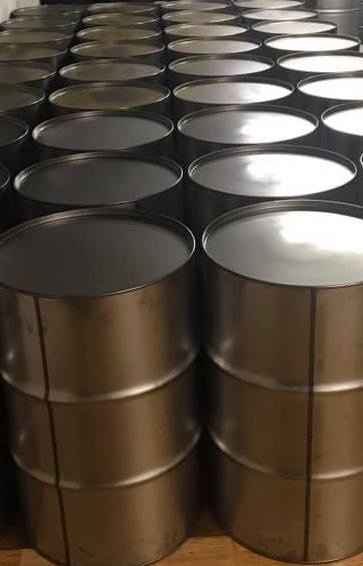 From Oil Drum to Steel Pan

Read more about how steel pans are made and tuned.

How Steel Pans are made

Sterling Betancourt MBE features in Jools Holland’s film about the musical history of London.
With footage of the 1948 arrival of the Windrush at Tilbury Docks and TASPO at the 1951 Festival of Britain.
From the BBC2 documentary London Calling broadcast on Wednesday 13 June 2012

He also had a celebrated international career spanning six decades as a designer and visual artist, dancer, choreographer and musician. 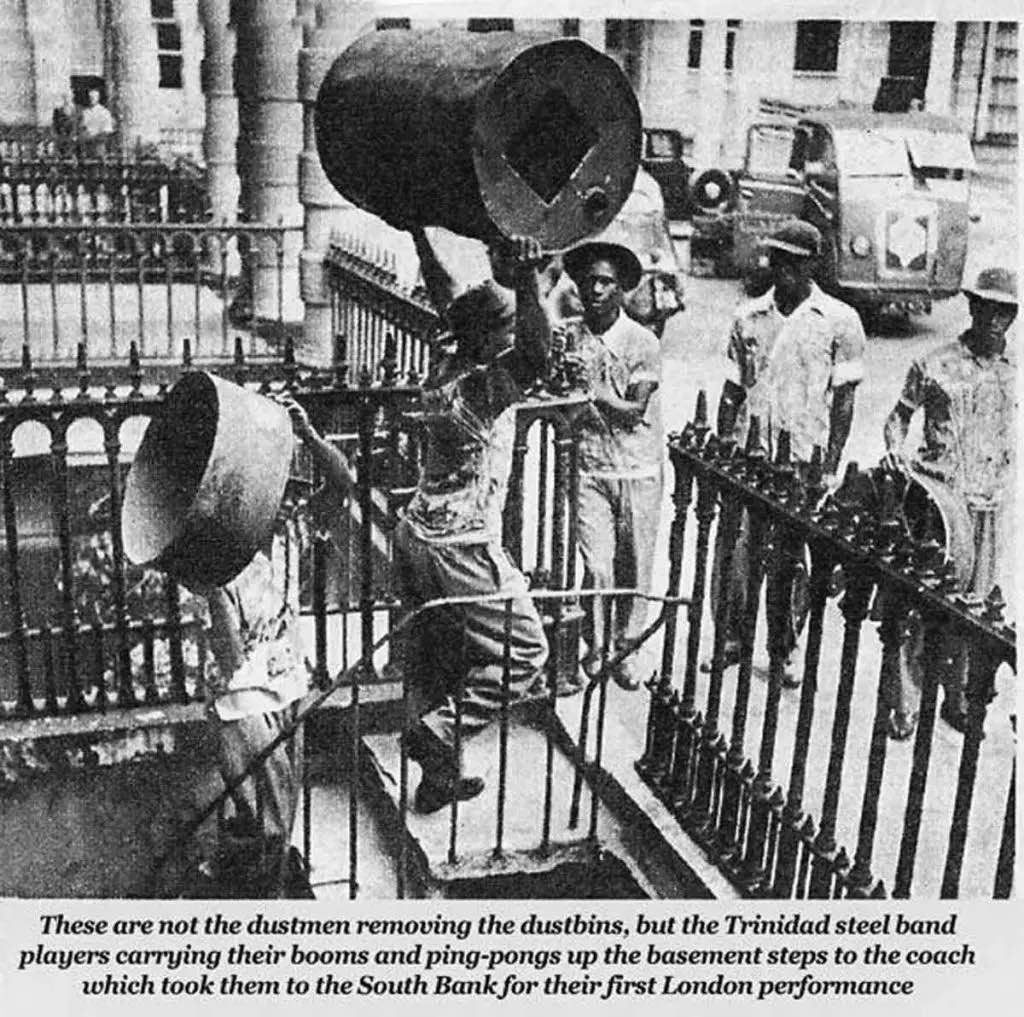 TASPO go to the Festival of Britain

The caption says:
“These are not the dustmen removing the dustbins, but the Trinidad steel band moving their booms and ping pongs up the basement steps to the coach which took them to the South Bank for their first London performance.”