During the day Central Youth Provision offered cultural activities for young people including computer studies, spelling bees and workshops. With Perry’s Caribbean Cuisine providing hot food, a domino club for the elders and RASPO Steel Band workshops upstairs, Central was the place to be for Black culture and music.

The building is distinctive for its colourful mural depicting local and global aspects of Black History.

Featured alongside are a number of positive historical Black role models like abolitionist, nurse and women’s suffrage supporter Harriet Tubman who escaped from slavery before the Civil War to rescue others.

Marcus Mosiah Garvey was the founder and first President-General of the Universal Negro Improvement Association and African Communities League. He organised the first American Black nationalist movement based in New York City’s Harlem and established the Black Star Line in 1919.

Writer and abolitionist Olaudah Equiano purchased his freedom from slavery in 1766. Mother of the freedom movement Rosa Parks was best known for her pivotal role in the Montgomery bus boycott in 1955.

Civil rights leader Martin Luther King Jr is famous for his ‘I Have a Dream’ public speech at the 1963 Washington march for civil and economic rights and an end to racism in the United States.

Human rights activist Malcolm X inspired the 1960s Black Power movement and is best known as a vocal spokesman for the Nation of Islam. Haitian general Toussaint L’Ouverture led a successful slave revolution in the French colony of Saint-Domingue (Haiti).

Also illustrated is Jamaican reggae pioneer Bob Marley who got his big break with The Wailers in 1972 when they signed to Island Records. He went on to become an international superstar selling more than 20 million records throughout his career, using his music to spread the positive message of Rastafari.

The final panel of the mural and the various symbols look to the future and depicts a number of tools that people use to shape the future.

In 2020 campaigners moved to preserve the 30 year old mural by applying for it to be nationally listed with Historic England as a wall of historic cultural significance. Read more.

Reading Borough Council statement 28 September 2020
“The Council has, from the outset, been utterly categorical that Reading’s iconic black history mural – which remains an Asset of Community Value – will be retained as part of any development.  We are also very clear that this remains the case if the revised scheme is permitted. The same applies to retaining community space as part of the proposed development.” 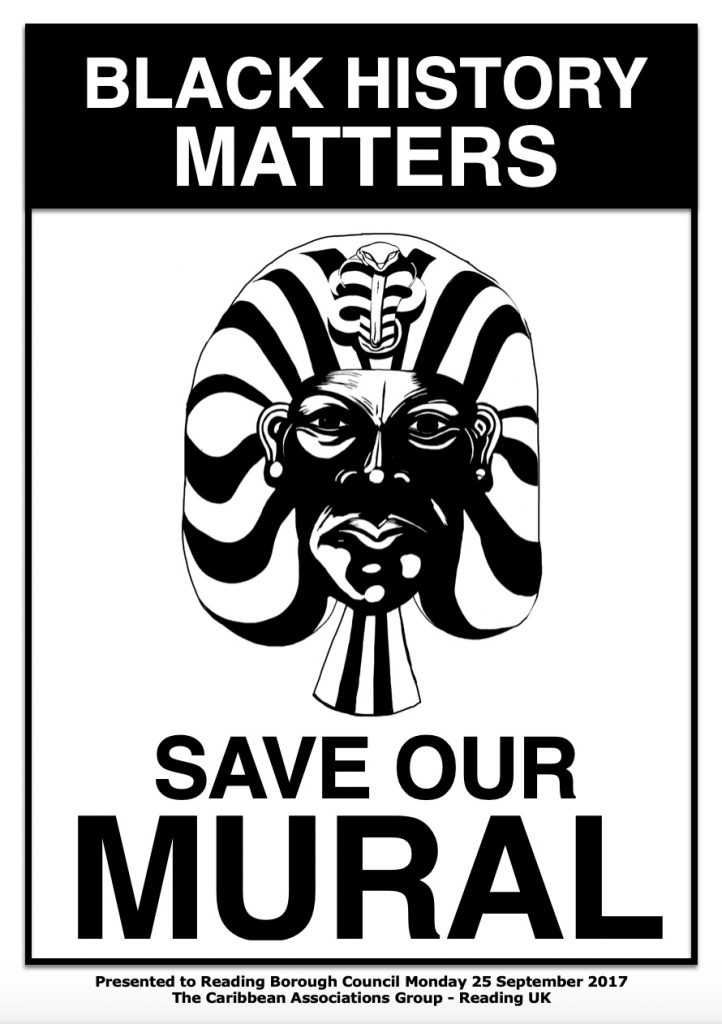 A peaceful march to Save the iconic Black History Mural took place on 25 September 2017.

The purpose of the rally was to show peaceful unity and present Reading Borough Council with the 5,000 signature petition. 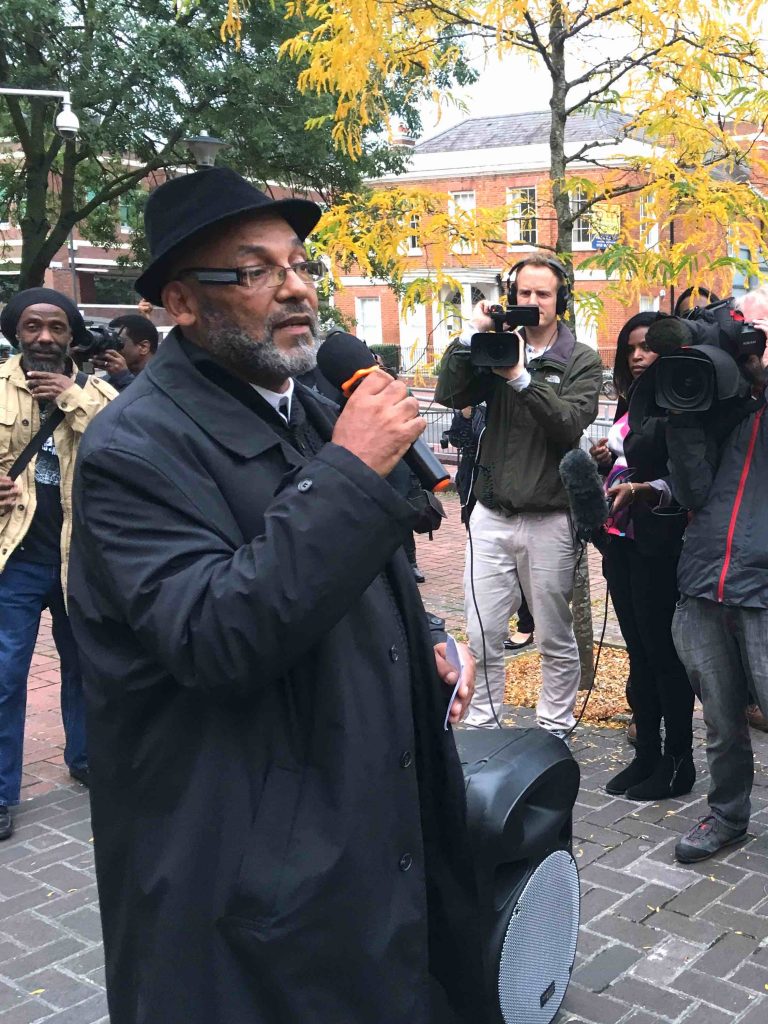 In 1988 artist Alan Howard was commissioned by Reading Borough Council to create a Black History Mural with and for Reading’s Black community.

Alan was keen to encourage the involvement of Central Club members both in a consultative capacity but also more directly in the design and execution of the mural.

An apprenticeship scheme was established, where a limited number of people were offered the opportunity to work alongside Alan and receive training in planning, design and technical skills.

In a 2020 interview with Bridgitte Tetteh for BBC Radio Berkshire to mark the Mural’s 30th anniversary Alan said:

“It took two years to deliver the Mural project. It is broadly chronological starting at one end with some hieroglyphs and an image of the Pharaoh Akhenaten.

The theme is primarily about Black struggle and resistance to exploitation and oppression including slavery and colonialism.

The Pharaoh is there to signify and indicate to people that our history pre-dates contact with European civilisations.

Our history and our culture as people of African descent goes back into the further reaches of time.

There’s some symbolic images, including a Mother Africa figure; a family; and a number of symbols including a question mark over the image of Africa; our future as Black people is inextricably entwined with the future of Africa.

At the time of the mural creation in 1989 Mandela was still in prison.” 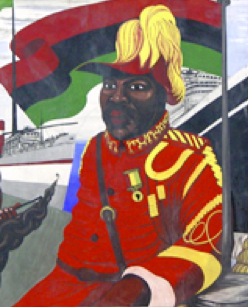 Marcus Mosiah Garvey (1887-1940) was a Jamaican-born black nationalist and leader of the Pan-Africanism movement, which sought to unify and connect people of African descent worldwide.