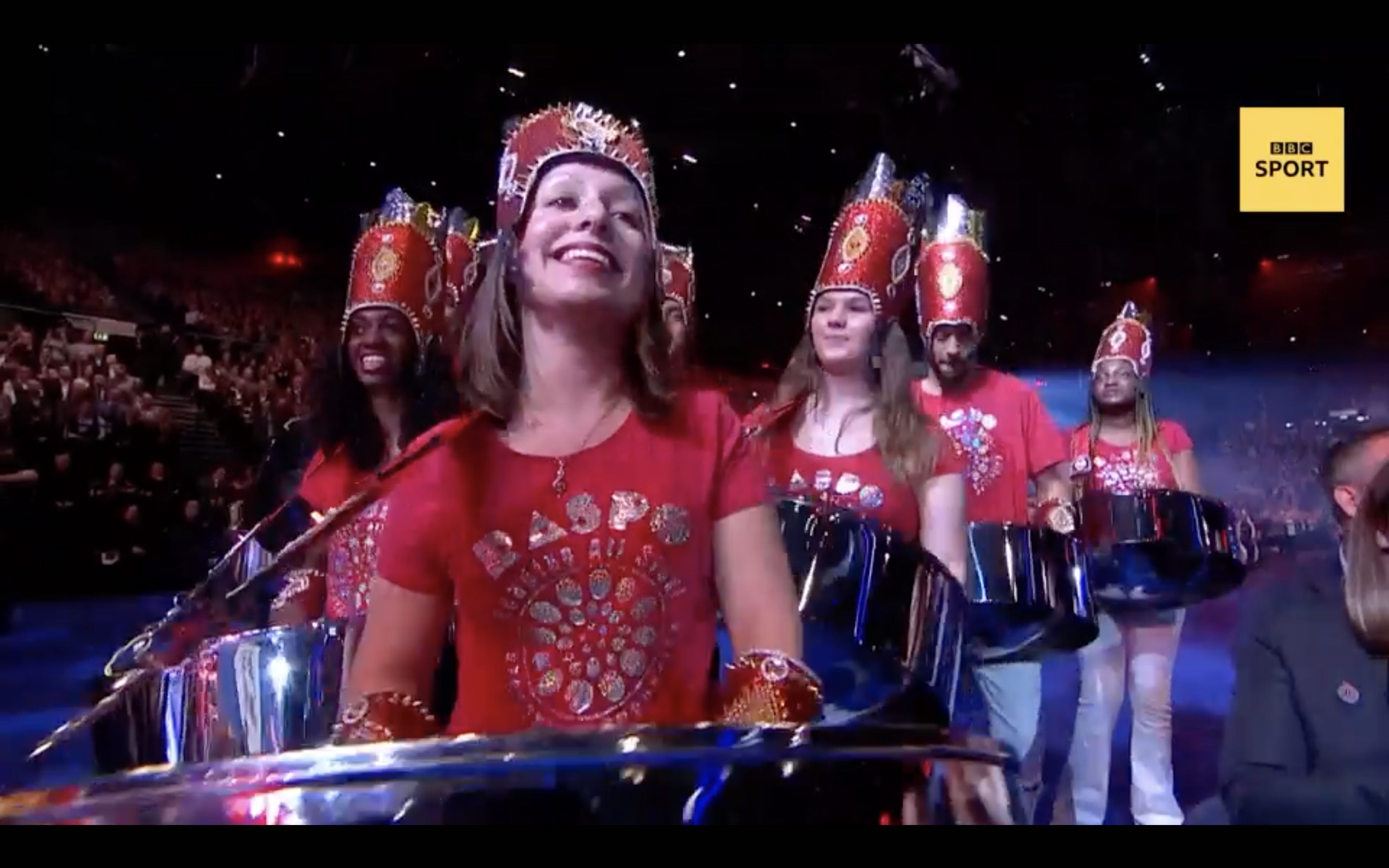 We were delighted to take part in BBC SPOTY 2018 performing Three Lions with the Lightning Seeds.

An invitation came via email from a BBC researcher looking for a steel band to represent the diversity of English football at the Sports Personality of the Year awards at the NEC in Birmingham.  Of course we accepted and started our exciting TV adventure. 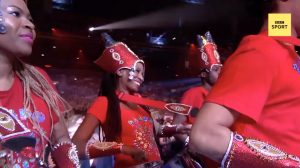 As a ten-piece ‘pan around the neck’ ensemble we worked with creative producers Black Skull who choreographed three days of rehearsals in preparation for the live broadcast.

The glittering event hosted a thousand sports celebrities and an audience of 10,000 for the live BBC broadcast on Sunday 16 December 2018 from the Resorts World Arena in Birmingham.

The performance was a triumph and another feather in the cap showcasing Reading’s home grown steel band on a national platform.  More