CultureMix presented the third Peace and Love Concert at Readipop Studios in Reading Berkshire as part of the Reading Year of Culture celebrations.

The show offered an evening of music featuring an eclectic selection of live reggae, sound system, steel pan and introduced the first performance from Latin percussion and lyrical poet duo The Percussive Word.

This was followed by a first performance from the RASPO Teens made up of the orchestra’s young players aged 13-17.

Dynamic reggae outfit IYA Rebels brought positive vibrations with a full nine piece band for their premiere performance of newly penned rootical songs from upcoming album ‘Nadah’ due for release in the Autumn.

Spinning revival and dub plates the Reading based roots and dub reggae sound system Jah Lion Movement, had the crowd bubbling for a fun and party filled finale to a great evening. 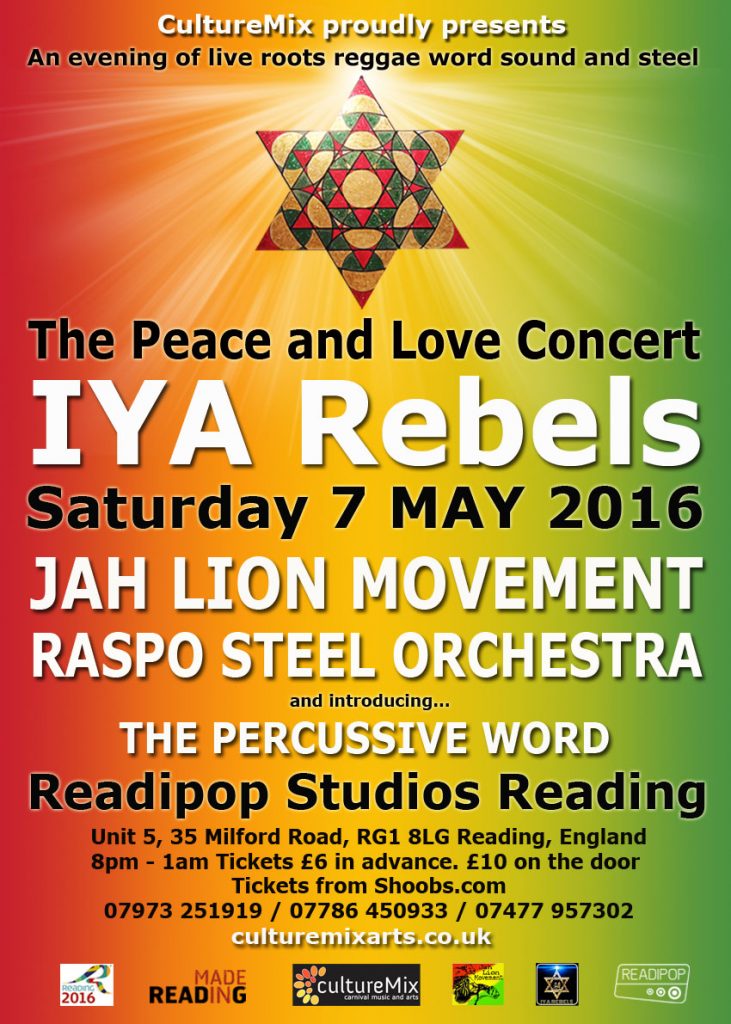